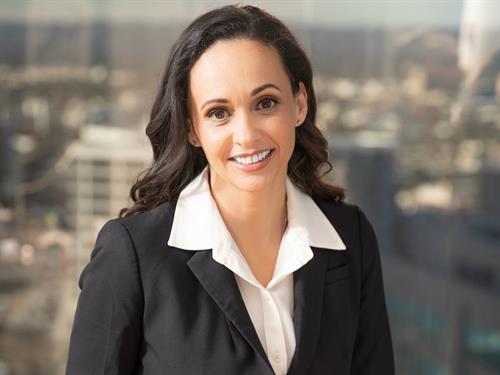 Chairwoman Jessica Millan Patterson will be our guest speaker.

The California Republican Party did something this year it hadn’t done in its 140-year history.

It elected a woman … a Latina … a Millennial … as the head of the party.

Jessica Millan Patterson is a wife, mother, a strong social conservative who eventually went into politics and to work for former Gov. Arnold Schwarzenegger, and GOP candidates Meg Whitman and Rudy Giuliani. If she has a reputation, it is for speaking through deeds, not words.

The Republican Party is on the mat, so it’s time for some Churchillian spine. “Let’s serve notice to the Democrats in California that we are back and we are ready to deliver on the Republican comeback,” she said. “We’re going to take the fight to Democrats. We’re going to fight them in the press, at community gatherings ... and we’re going to beat them in elections.”

Prior to her election as chairwoman, Jessica was CEO, and co-founder, of California Trailblazers, an organization that recruits, trains and helps elect Republican candidates to state legislative offices. Modeled after the national Young Guns program, Trailblazers has supported over 160 candidates and helped facilitate over $6 million in independent expenditures to those candidates.