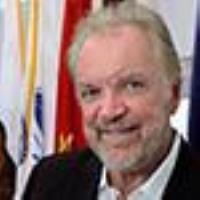 Bill Loeber isn’t quite sure what possessed him, but four years ago at a town hall meeting he challenged a local congressman to do more for out-of-work veterans. To his surprise, the politician turned the question around and asked Loeber what he was willing to do to help.

“Bill is so smart and he’s lived networking and looking for jobs,” Rosen said. “He teaches from a very interactive standpoint and engages the veterans. He doesn’t speak at them, he talks with them. He lives it, he feels it and he’s passionate about it. He’s a good guy.”

Loeber, 66, isn’t a veteran himself. He trained as an engineer at the University of Minnesota and spent most of his career in marketing, including 26 years with H-P. Many years ago when his children were young, he lost his job and it had a profound impact on his life and self-esteem — a feeling he wouldn’t wish on anyone.

“It freaked me out,” he said. “I thought, there has to be a system to help people find work. Most people aren’t good at networking, so I thought that if I could ever teach people how to network, they wouldn’t fear it and they’d find work a lot sooner.”